October 20, 2016 (Thu) saw the hosting of “Culture Vision Tokyo 2020 – cultural kickoff” on the 52nd floor of Roppongi Hills in Minato ward. The event was held to offer encounters and exchange between top creators, both at home and abroad, and top leaders that go beyond the differences in their fields, and had been aimed to serve as a “cultural kickoff” ahead from the 2020 Tokyo Olympic and Paralympic Games and more in an environment of state-of-the-art art. Here is a report on the event that had been held for one day only, strictly by invitation. 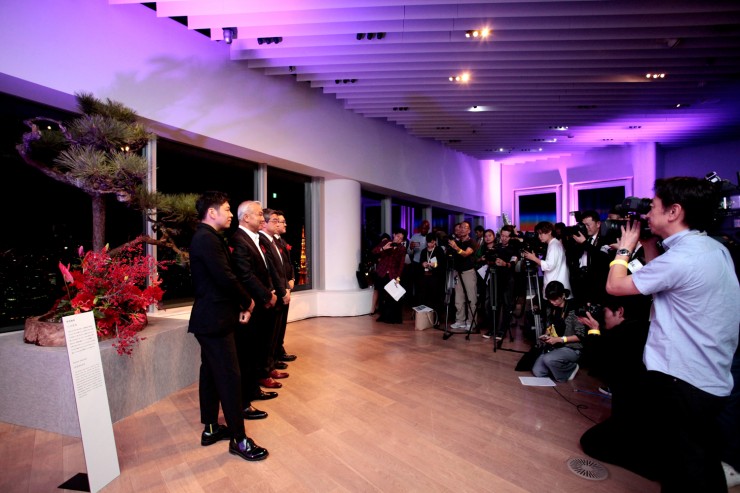 “Culture Vision Tokyo – 2020 cultural kickoff” was an event that was recognized and cosponsored by the government for a World Forum on Sports and Culture (WFSC), an international conference being held by the government to boost global opportunities in looking toward 2020 and beyond. Many members of the media gathered for the news conference that was held ahead of its hosting. In attendance were Culture Vision Japan Chairman Muneaki Masuda, Vice Chairman Hiroshi Onishi, and Creative Director Seiichi Saito. 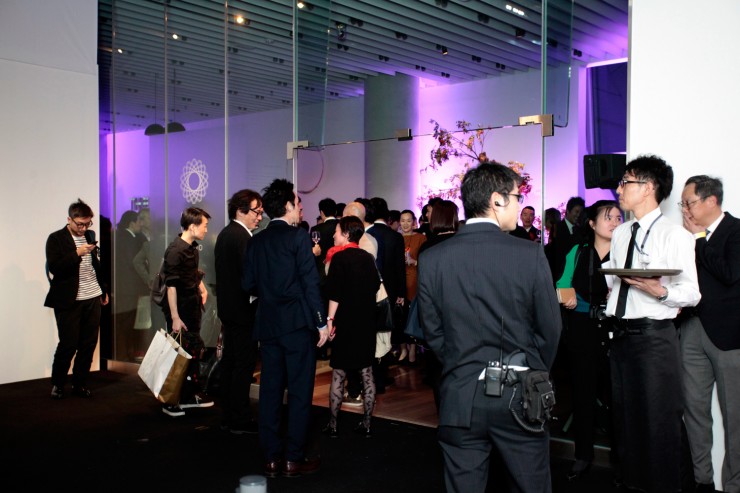 The reception began at 8 p.m. Top leaders from a diverse array of fields from both Japan and abroad, including people in government and creators, assembled at the venue, perhaps due to an opening event for the WFSC and an annual meeting for Young Global Leaders that had been held at Roppongi Hills on the same day. 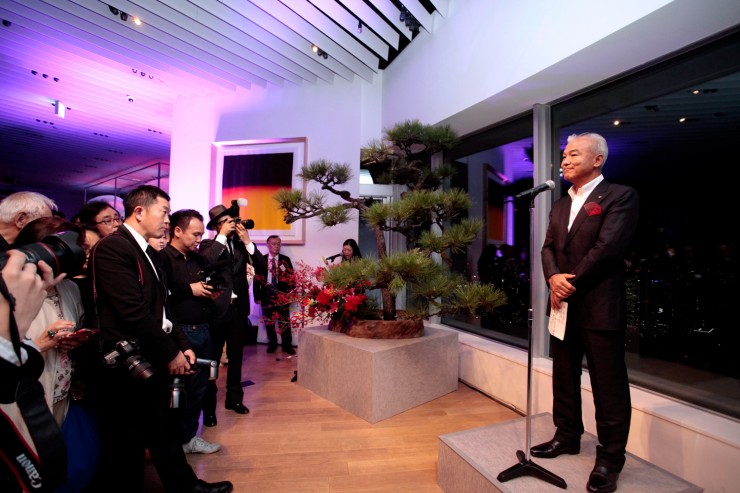 The event began with a greeting by Muneaki Masuda, who expressed his resolve that Culture Vision Japan would make the 2020 Tokyo Olympic and Paralympic Games a venue for exchanges in art and culture. 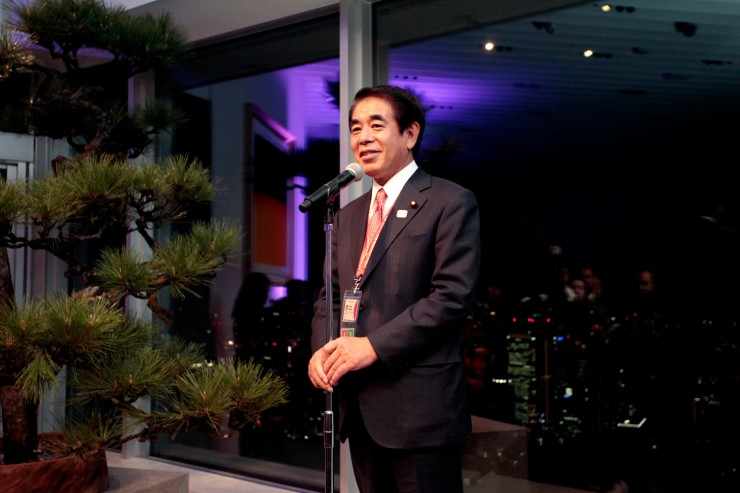 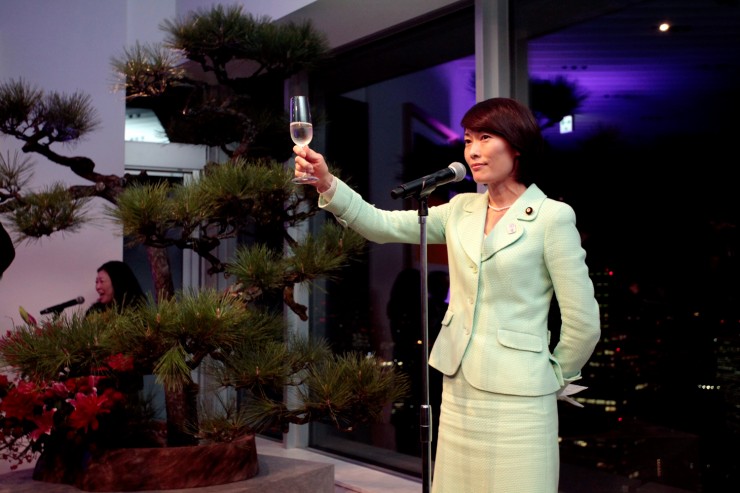 It was followed by a toast by Olympic and Paralympic Minister Tamayo Maruyama, and the event got underway. 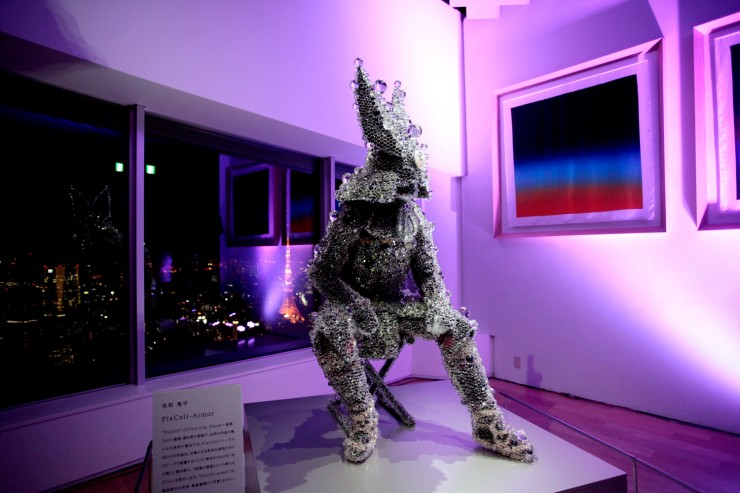 On display at the venue were works by seven creators who represent Japan. Pictured above is “PixCell-Armor”, which uses transparent glass beads and expresses the armor used during the Sengoku civil war period of Japan. 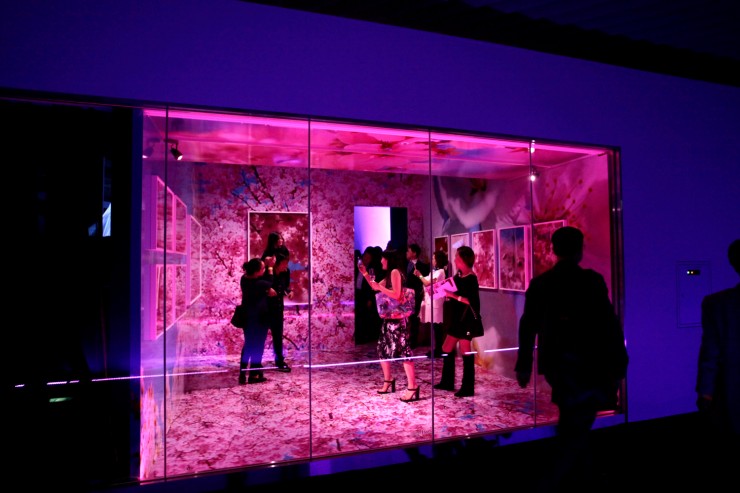 A small room filled with photographs of cherry blossoms taken by photographer Mika Ninagawa was the perfect place for participants to take pictures. 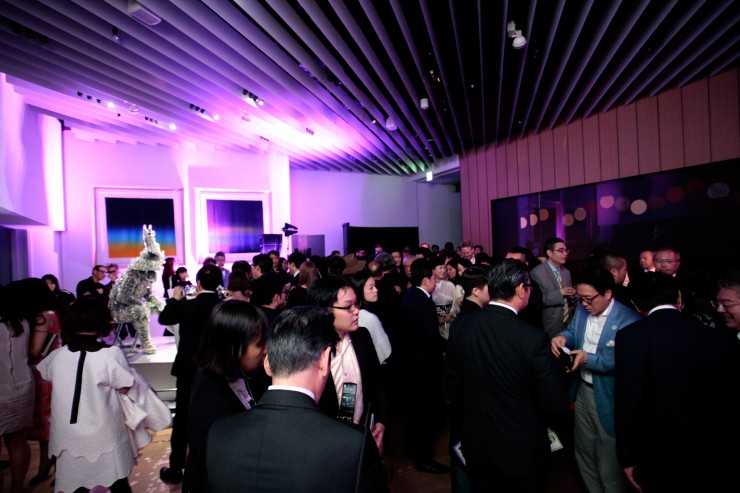 Exchanges were held between many participants as they viewed works by teamLab, Rhizomatiks, WOW, IMG SRC, and Ryuho Sasaoka. Junji Tanigawa provided general direction for the venue. 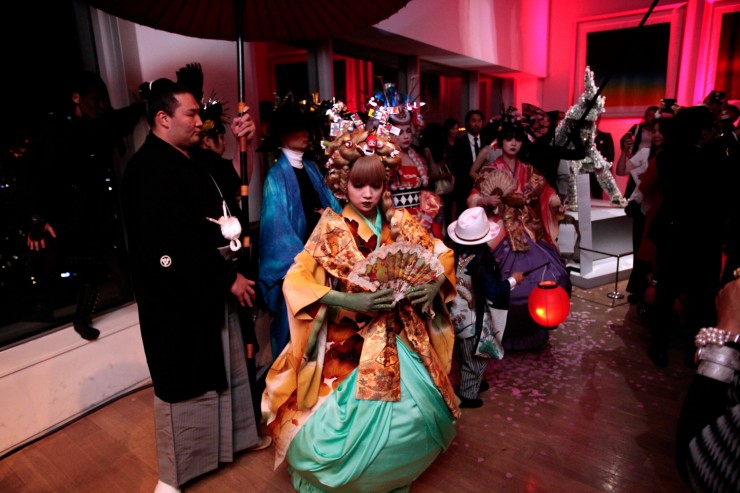 Amid robust activity at the venue, an appearance was made by TOKYO Dochu. Dancers including AyaBambi, who performed at the opening ceremonies at the Rio de Janeiro Olympics, paraded around the venue dancing amid a shower of cherry blossoms. 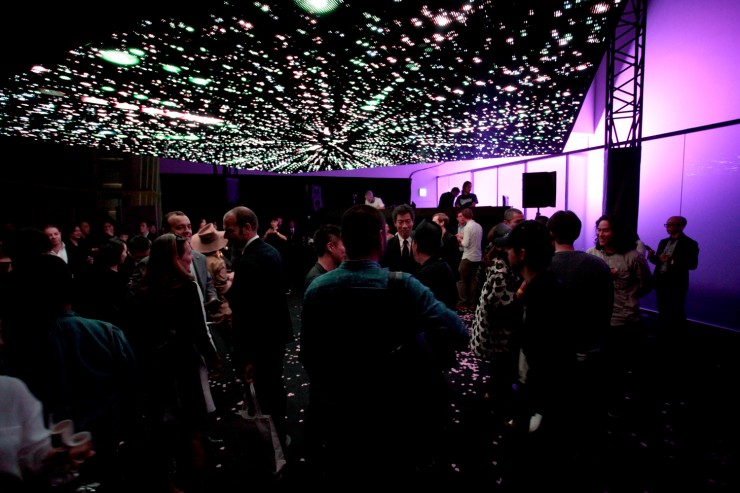 The TOKYO Dochu performance was followed by DJ entertainment. A colorful array of DJs appeared beneath TOKYO NIGHT CIRCLE, a work by Rhizomatiks, as they boosted the atmosphere with music. The one-night-only exchange event ended late into the night. It was an event that offered an experience of the Culture Vision Japan vision to promote exchange between government, academia, and industry, and leaders from both Japan and abroad, at a venue that brought together the strengths of the creators of Japan.